First Social of the year

So the weather is getting warmer, we approach April and the Mamils come out of hybernation and get ready for the first rides of the year!

Its my first Saturday social of the year, Ive ben riding my Heavy Giant bike with pannier rack, 2 panniers and rubbish wheels I've not weighed her but id put her in the 14kg bracket, A big girl to say the least! My people myself included like to use the the following saying.

I Must admit it was shown to be true on saturday. I dusted off my carbon fibre bike, fitted my carbon wheels and prepared her for battle. I reckon frame and deep dish wheels she comes in at 8.2-8.5kg a considerable saving over the aluminium commuter!

I started to pedal and it felt effortless, every ounce of effort i put into the pedals transmitted to the road, i was doing speeds id normally be puffing and panting without breaking sweat. If you watch the first 2-3 minutes of the video below it shows me having a cheeky attempt at a KOM on Strava. My heart rate hovered around the 170bpm which meant i had lots more to give, however I was on my way to meet my mates for a 30miler so I didn't want to give it all at first and having nothing left for later!

I ended up 2nd place, 5 seconds behind the KOM, my fasted time ever and like I said I wasnt at 100% this showed to me my stuggles and effort over the winter months paid dividends now Im out in summer.

Yorkshire has some beautiful scenery and climbs to enjoy, this ride we took in some around Ogden and Thornton (home of the Bronte Sisters!) some of the climbs dont look much but touch 11-14% and one  round Ogden has a rediculous corkscrew section!

The route on strava is shown below 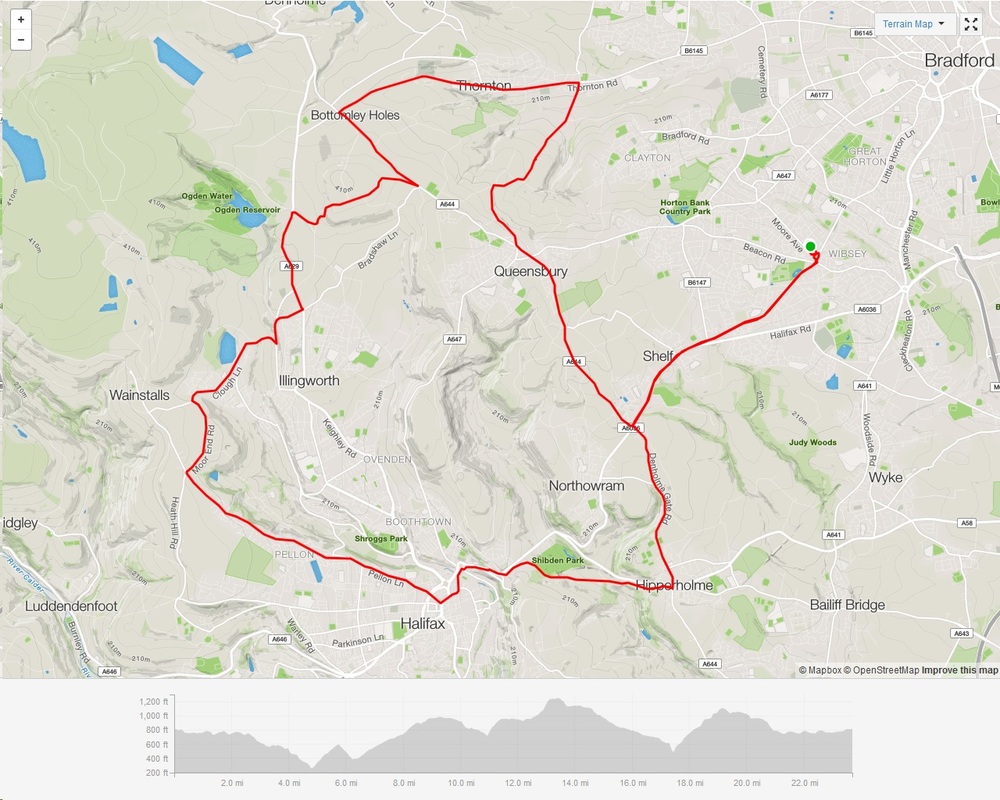 I've recently bought a Garmin Virb action camera and recorder our rides, it picked up some good data and images, Id highly recommend one!