When I started to commute to work in October , the nights were getting darker and I wanted to be able to see where I was going not just be seen by the cars.

I asked my friend a seasoned rider what he recommended and his exact words were "one of this cheap Cree ones off eBay" when I got home I looked up the light and was greeted with thousands of auctions, some from China some in England. The cree part is the type of LED the light uses not the manufacturer of the actual lights. The lights started with 1 led going up to to a very large 8 led one which frankly would be massively overkill on the road and very likely to annoy motorists. I decided to opt for the 4 LED one which had turned out perfect for my needs.

On the light you have a button to turn this on and off this also doubles as an LED to show the battery status, green for OK , constant red for running low and flashing red for 20 mins or less left. You press this once for hi power , twice for low and three times for flashing. I never use this at night as the effect is like a strobe and could set off a fit in someone with a epilepsy problem, however in broad daylight it's good for being noticed. The picture below gives you an example of the power. 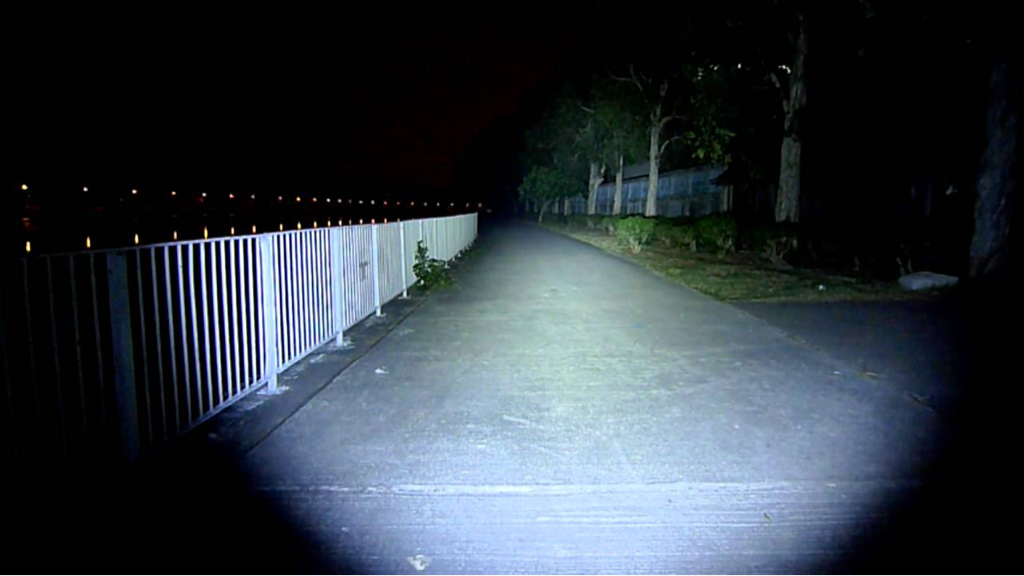 The light uses a separate battery pack the leads are very long so you can mount the pack in a variety of places. I tend to mount mine next to the stem so it's secure and easy to get to.

I've had my light two years after 18 months or so the battery failed, no matter how long left it plugged in it wouldn't charge. I went online to find a new battery but what I found was a battery and light was only £15 and a battery alone £8.99 so I bought a whole new pack so I had a spare light. 2 weeks later that battery failed but the seller instantly sent a new one and it was here next day. What I will say is use a UK buyer. The China ones may be cheaper but replacements aren't as easy to get or as fast!

Ebay is one of the best places to buy, follow the banner at the top of the page. Sometimes Amazon have good deals too, make Sure you buy from a UK seller